Children Empowerment for Getting Out of the Devadasi System

The Devadasi system, a practice which was pious and a form of worship through performing art, has today been reduced to women being used for sex in lower caste sections of society. After puberty, girls are dedicated as Devadasis in a ceremony post which they become sexual partners of men. They face severe social and sexual exploitation from a young age. A survey conducted by the Karnataka State Women’s University in 2018 revealed that there are 80,000 Devadasis in the state. Children of Devadasis are also vulnerable to physical, sexual and emotional abuse.

Our project aims to take young victims and vulnerable girls out of the Devadasi system by training them as change agents using tools of child participation and child empowerment.

We work in 81 villages across 5 districts of North Karnataka where the practice is most prevalent,

Ballari, Koppala, Bagalkot, Vijayapura and Belagavi reaching out to around 2600 girls 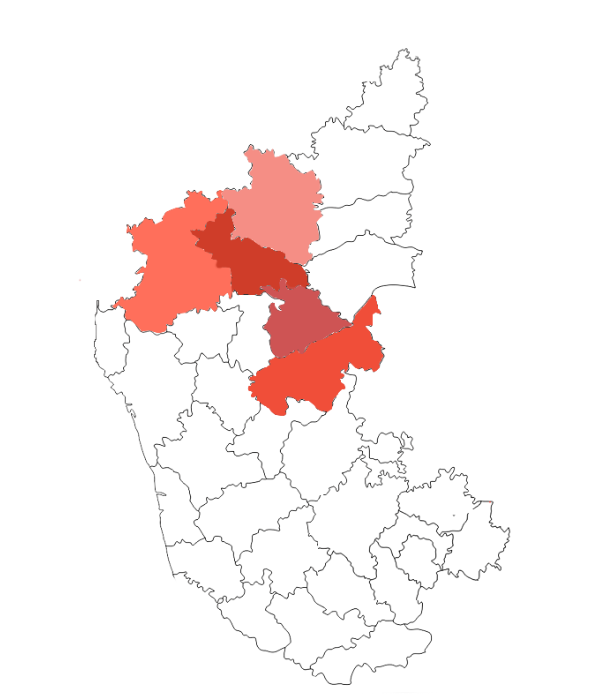 Girls from Devadasi communities (both victims and vulnerable girls) are grouped into Kishori Clubs (Children’s Clubs) where the following activities are undertaken :