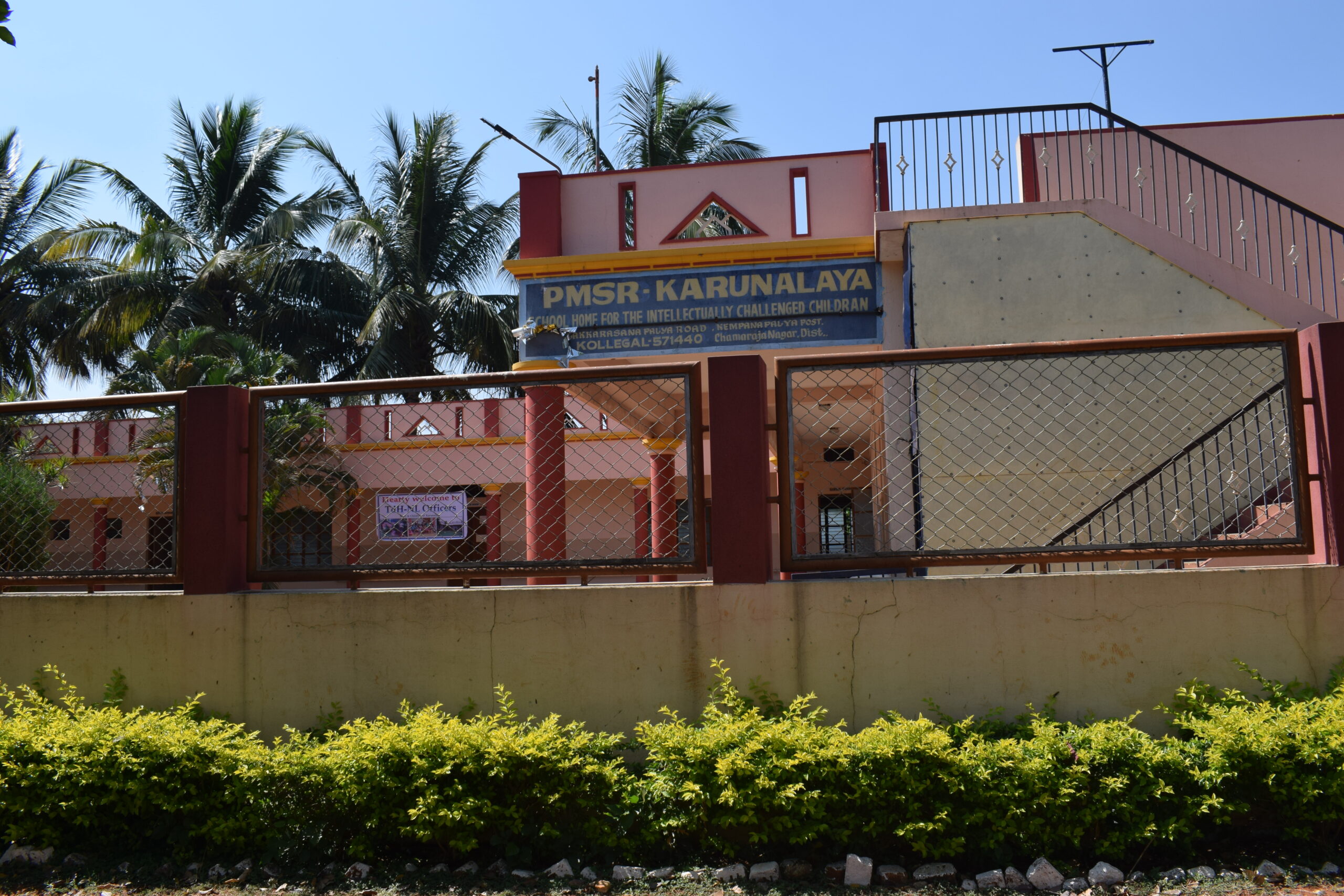 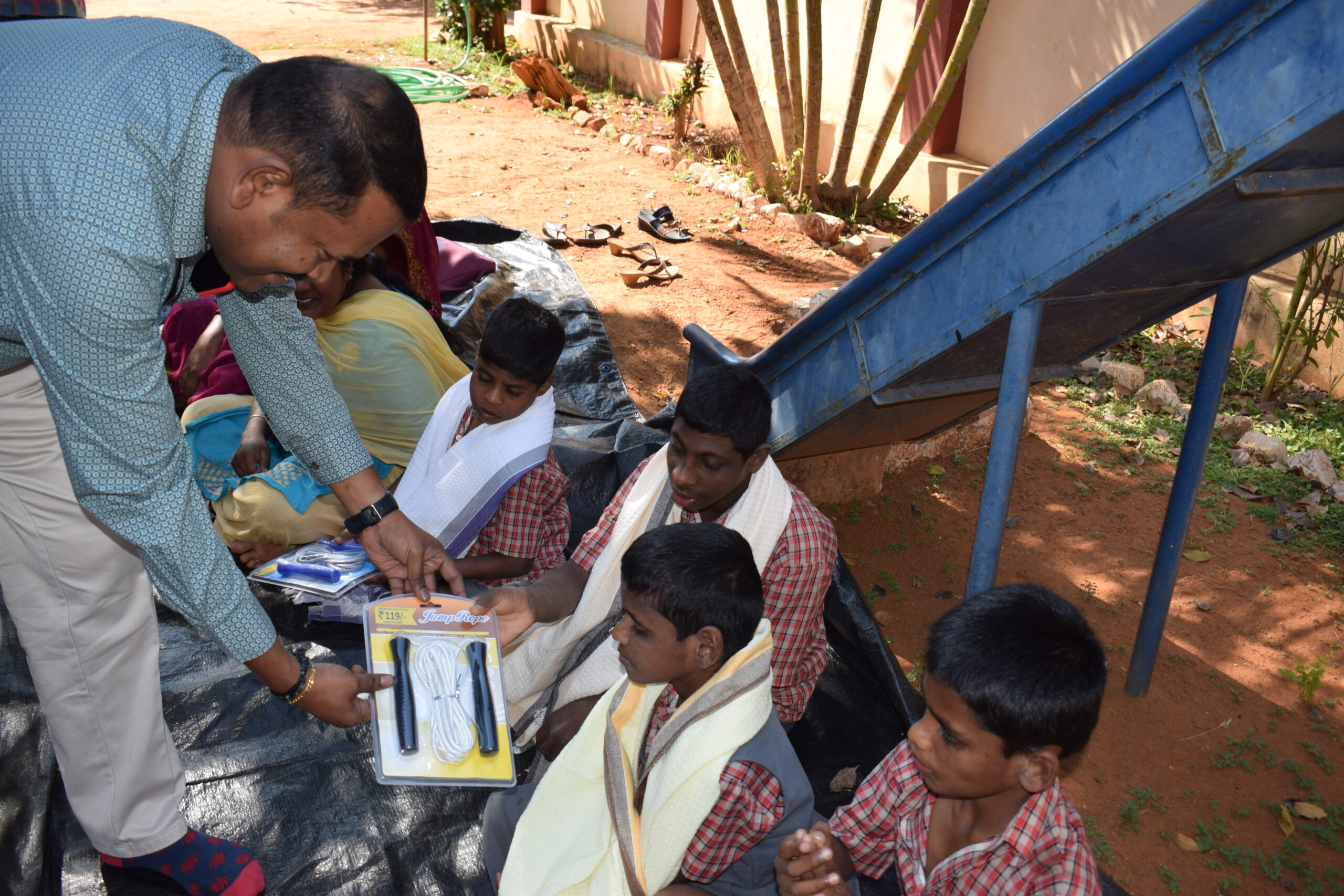 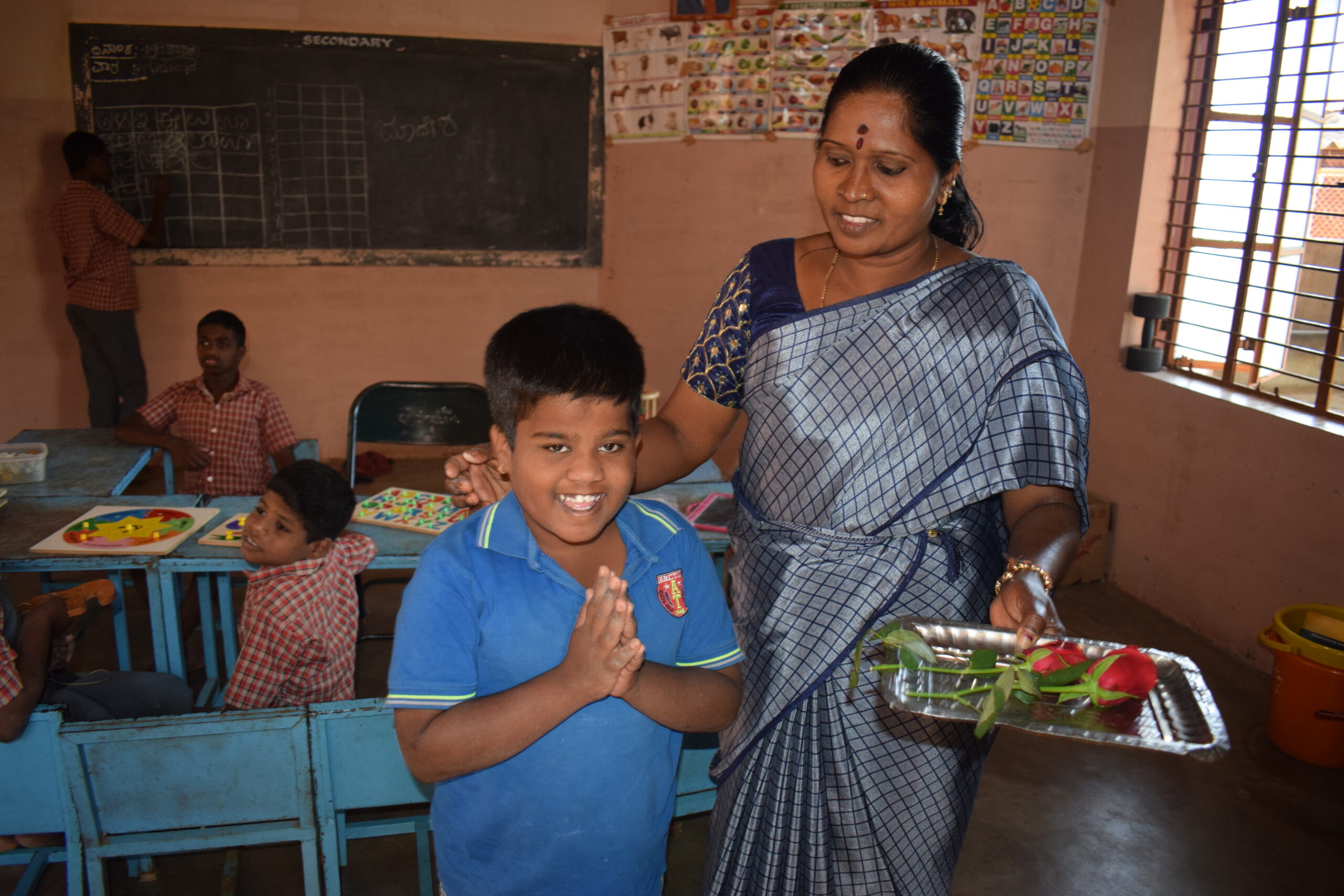 Karunalaya home situated in Kollegal Town of Chamrajnagar district in the state of Karnataka was started in the year 1983 and was augmented with the proper infrastructures in the year 2002. This programme facilitated the providing of a second home and imparting training to children of the age group of 6 to 18 years, who were neglected by their parents because they were mentally challenged and the not so literate parents considered these children as a curse of God and so they have to be abandoned. These poor parents who were struggling for their livelihood do not seek help or guidance from others. Hence the starting of this ‘Karunalaya’ school-home, first of its kind in the whole of the Chamrajnagar District, has been a real blessing to these abandoned special children. (‘Karunalaya’ means Temple of Mercy). The hostel currently has facilities to accommodate and train 26 Intellectually Challenged (IC) Children (which includes 18 boys and 08 girls). Besides nutritious food and health care given to them, the children are trained to take care of themselves in daily living activities like brushing, bathing, toilet usage, dressing, eating and working with others. They are provided with education / functional academic skills individually according to their ability. Some of the children could be mainstreamed with the regular schools in their own area after the training in this home. This is managed by PMSR organisation having its office at Kollegal, Chamrajnagar district.

We, the team members from Children of India Foundation, Mr. Thangaperumal Ponpandi - Managing Trustee, Mr. Ezekiel Kanavalli - Technical Advisor and Mr. Perash Kumar Pal - Communication Volunteer, set aside on a day’s visit to “Karunalaya”,  the home for Intellectually Challenged Children. The visit was undertaken with the following objectives:-

The team carried with them, groceries, other food items and sports equipment for the children. At first, they prepared delicious food with the support of the kitchen staff of PMSR and then visited all the classrooms in the campus. They discussed with the teachers about the progress of children and interacted with the children by spending quality time with them.  Then they made a round of all the dormitories for boys and girls, physiotherapist home, sick room, kitchen, and other infrastructures available in the home.

Later, they distributed the prepared food to the children and had lunch with the home staff and PMSR team members. They interacted with the whole team members of PMSR about the present progress and also planned for next visit to the communities.

They also met Mr Vijay, the District Child Protection Officer (DCPO), Chamrajnagar, who had visited the home along with his team members on a regular visit. Discussions were also held on the status of child marriage in the district. It was suggested to conduct a joint awareness programme along with the department.

After that, all children and staff were gathered in a round shape and one of the special children sang a prayer song. All the gathered people enjoyed the song. Then the visiting team distributed sports materials to the children in the home and also some gifts to the children as well as to the staff members.

There is a joy in giving, but to give your most valuable asset “TIME” to the  loved ones doubles the joy.This was a soul satisfying time for the whole team as we were able to spend quality time with the special children.. 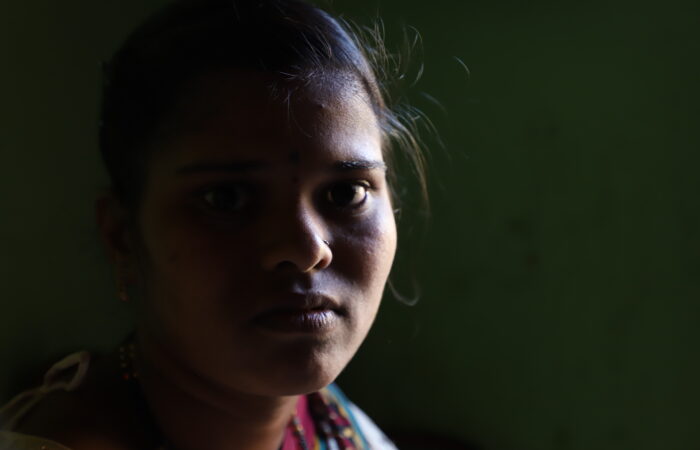 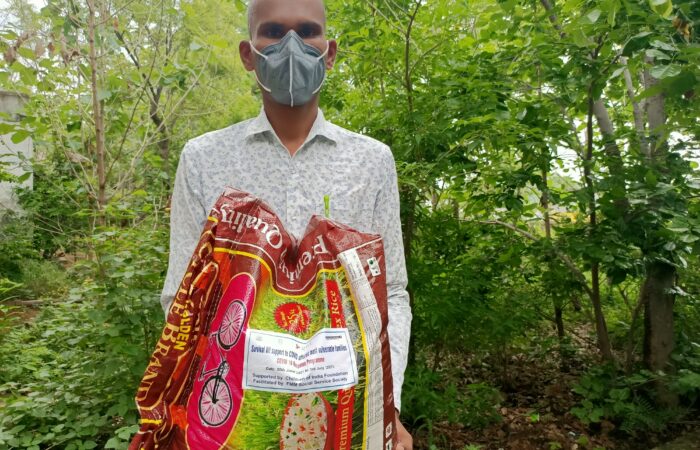