During the pandemic, reaching out to the poor and affected people has been difficult, especially owing to COVID 19 restrictions.  Children of India Foundation’s Children GOOD project planned an awareness programme in the Vijayapura district on August 27, 2021, to help with this process. The programme’s major goal was to increase awareness about all anti-social actions and educate media allies about their fundamental rights obligations. The District Legal Services Authority (DLSA), the Vijayapura District News Broadcasting Department, and the District Journalists and Press Association collaborated to organise the event.

Justice Veknanna Hosamani watered the plants in the best interest of environmental protection after Ms. Aishwarya, a young adolescent from the project, began the session with a prayer. Ms. Shanta, a Children GOOD staff provided the attendees a brief overview of the CIF’s Children GOOD programme, which focuses on addressing child exploitation in the Devadasi System.

The main agenda of the DSLA interface was to confront topics like, “Empowerment of women and children”, “Training the young women of the Devadasi community about leadership qualities” “Creating awareness to abolish the practice of the Devadasi system” “Encouraging the people to raise voice against child sexual abuse and harassment”and other important topics such as those.

The session was inaugurated by Justice Venkanna Hosamani, who spoke about the need to prevent exploitation in the Devadasi system, crimes against children, and address women’s safety concerns. He stated that the growth of a society is equally dependent on women achievers who have changed the course of history via their leadership. He hopes that every young woman in the Devadasi society develops these strong attributes as she grows up. 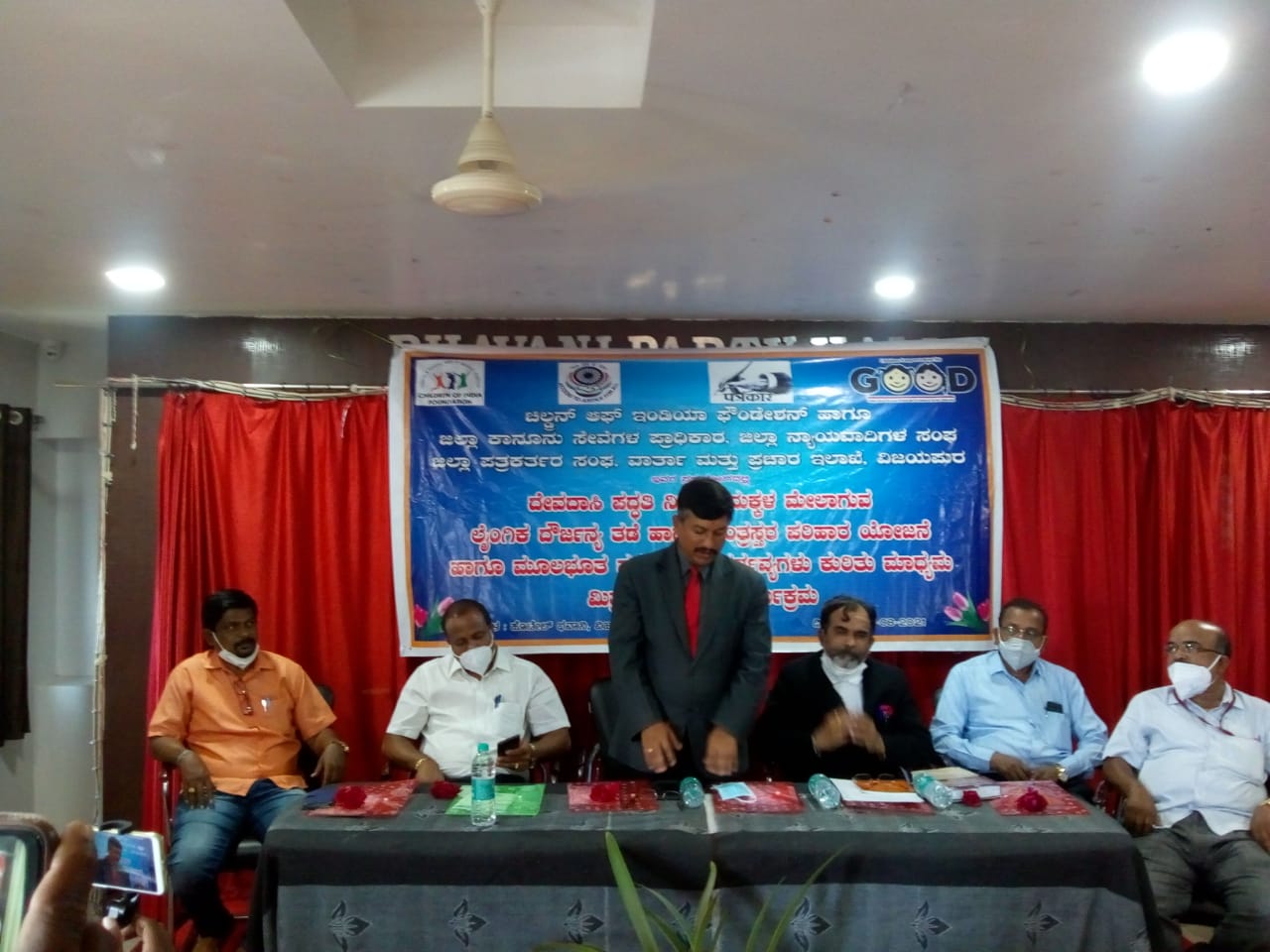 This was followed by Mr. B M Jirali, President of the District Attorneys Association, who spoke about the importance of involving the public in instances involving women’s safety. He underlined that mental and social assistance for women is vital for their empowerment.

The session also included Journalist Pradeep Kulkarni, who stated that when airing sensitive topics such as violence and crime against victims, the media must use extreme caution. Women’s educational establishments should host awareness programmes and to raise awareness, Senior Attorney Mallikarjuana Brungimatha presented a brief talk on constitutional laws. 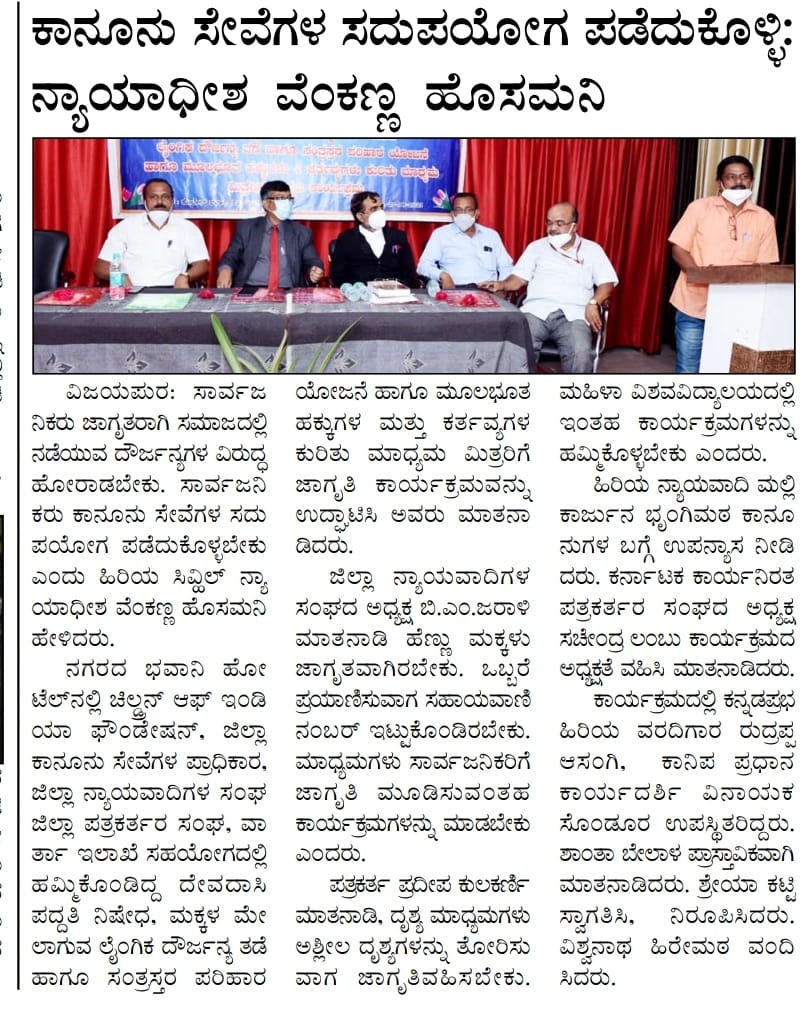 The DLSA interface session was deemed a success because all of the participants thought it to be instructive and enlightening in raising awareness and acknowledging issues concerning the abolishment of the Devadasi System and the promotion of women empowerment. 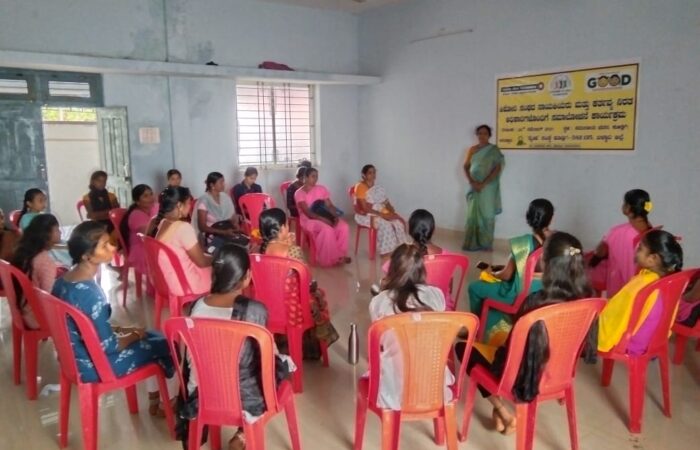 It’s time to step up!